Harold Pierce, an African-American Chicago entrepreneur, founded Harold's Chicken in 1950. He started off by running a small restaurant with his wife, Hilda, on 39th Street. The name of the restaurant was H&H, and they specialized in dumplings and chicken feet. Gene Rosen, a friend who owned a poultry shop near by sold chicken to Pierce. The character of Harold's developed primarily out of necessity, because the larger fast food chains tended to avoid African-American neighborhoods. In turn, Chicago's legal and social obstacles to black-owned businesses at the time prevented Harold's from expanding into downtown or the North Side. Harold's became one of the few examples of a thriving fast food chain that was owned by, and primarily served, the black community.

The basic Harold's Chicken dinner is a half or quarter chicken served with french fries, two pieces of white bread, and a cup of cole slaw. The chicken may be all white meat, all dark meat, or a mix (known as regular). Harold's also sells wing dinners and gizzards, and some restaurants offer catfish, perch, and a number of side items including fried okra. The chicken can be served plain, but usually either hot or mild sauce is added. In Chicago-styled fried chicken, the sauce is drizzled over the chicken and fries which results in the chicken skin softening as it soaks up the sauce. A common practice is to take the sauce-soaked fries and place them between the bread. Chicagoans call this "making a fry sandwich".

Harold's fried chicken is different from that served at other fast food chicken restaurants (Kentucky Fried Chicken, Brown's Chicken, Popeyes, etc.) in two ways. The first is the cooking medium. Harold's chicken is cooked in a mix of half beef tallow and half vegetable oil, while some chains use only vegetable oil. This provides a taste that is more similar to the traditional home-cooked fried chicken that was invented in the American South.

The second major difference between Harold's chicken and most other restaurants is that at Harold's, the chicken is not fried until it is ordered, while some chains fry their chicken in large batches and store it on warming racks until it is purchased. Harold Pierce set up a chain-wide policy from the beginning that all Harold's chicken would be cooked only after it was ordered, in order to preserve the freshly cooked taste of the chicken. Originally, this meant that there was a twelve to fifteen-minute wait between ordering the chicken and receiving it. 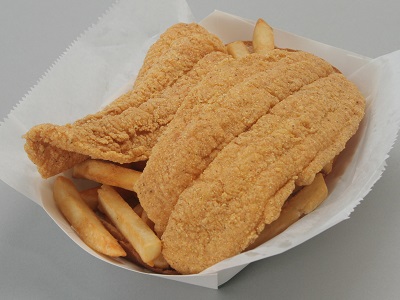 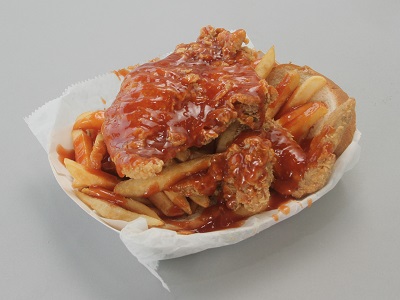